Can this diet manage diabetes and help with weight loss? We ask the experts. 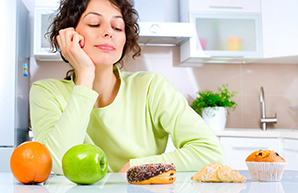 Since 2011, the controversy surrounding Banting, also known as the low-carb, high-fat (or ‘LCHF’) diet, has whipped up a media frenzy, stirred heated debate in scientific circles, and been seized on by many as a solution to weight loss without hunger, and even a cure for diabetes.

Four years ago, respected sports scientist Tim Noakes wrote an article titled Against the grain in which he laid out a case for cutting out bread, pasta, rice, cereals, grains and refined carbohydrates, claiming they encouraged insulin resistance, a precursor for diabetes. Later, he also advocated increased fat intake, particularly saturated fat – which he still maintains is not a contributor to cardiovascular disease.

That article led to The Real Meal Revolution, the title of Noakes’s LCHF cookbook (co-authored with nutritionist Sally-Ann Creed and chefs Jonno Proudfoot and David Grier), and a phenomenon that has captivated minds and whittled the waistlines of thousands of South Africans.

While Noakes is adamant that there is plenty of evidence that carbs are to blame for many modern lifestyle diseases, he has been openly criticised for endangering people’s lives by giving dietary advice that has not been validated by science.

The Heart & Stroke Foundation South Africa, the Health Professions Council of South Africa, and even the Sports Science Institute of South Africa, from which Noakes retired last year after an illustrious tenure, all distanced themselves from his claims. In fact, the Association for Dietetics in South Africa even lodged a complaint of unprofessional conduct against Noakes with the HPCSA.

The main risks of a LCHF diet, argue detractors, are that the increased saturated fat in the diet increases the risk for cardiovascular disease, and that cutting out healthy grains (such as lentils, beans, quinoa, oats, brown rice and wheat) and limiting other healthy foods high in carbohydrates (such as fruit, sweet potato and dairy) lead to a deficiency of essential nutrients.

Does it help with weight loss?

There is no denying that South Africa is in need of an effective weight-loss tool. A study published in medical journal The Lancet in 2014 found that seven women and four men out of 10 are overweight or obese in South Africa.

“Most people with type 2 diabetes are overweight or obese,” says Anel Schoonees, a researcher at The Centre for Evidence-Based Health Care at Stellenbosch University. “People who adhere to a low­-carb diet that contains fewer kilojoules than they ate before will lose weight. Similarly, with a balanced diet, if people consume less energy than before, they will lose weight.”

She cites a 2014 review of studies, which she co-authored, which found that in people with or without type 2 diabetes, reducing the amount of total energy in a diet led to weight loss, regardless of the proportions of carbohydrates, protein and fat in the diet.

A cause for concern is the lack of data on the long-term effects of low-carb diets in general, and the LCHF diet specifically. “There are no existing randomised controlled trials longer than two years,” says Schoonees, “and therefore we cannot say what the long-term effects of a very low carbohydrate diet in people with or without diabetes would be.”

Professor Lionel Opie, founding director of the Hatter Heart Institute at UCT Medical School, has said that the LCHF diet is a viable option for short-term weight loss, but advised switching to the Mediterranean diet (fish, plant-based fats, whole grains, fruit and vegetables) once the weight was off, as it has a much stronger scientific correlation with increased longevity and diabetes management. [For more info, read our article: Why you should consider trying the Mediterranean Diet]

Are all carbs bad?

Just as there is little question that LCHF can help people lose weight, equally, no one denies the benefits to health from cutting out refined carbohydrates such as sugary drinks, chocolate, pastries, cakes, and sweets. These foods usually have little nutritional value, are high in kilojoules, and contain simple sugars that wreak havoc on insulin production.

Dr Chrisna Botha-Ravyse, senior lecturer on nutrition at North-West University, elaborates: “If a low-carb diet were defined as removing only refined carbohydrates, then yes, it could certainly play a positive role in diabetes management.” However, she says that healthy carbohydrates, such as whole grains and vegetables like sweet potatoes, which have a low to medium glycemic index (the rate at which sugar is released into the blood stream) can play an important role in sustaining blood sugar levels for diabetics, and should not be omitted.

In addition, there is the question of nutrition. “Low-carb diets often do not contain sufficient dietary fibre, thiamine, folate, vitamins A, E and B6, calcium, magnesium and potassium, which can lead to ketosis, raised blood uric acid, dehydration, gastrointestinal symptoms and hypoglycaemia.”

Should I up my fat intake?

While we’ve established the benefits of restricting refined carbs, the role of fat is dubious.

“A low-carbohydrate diet should not be high in fat,” says Ria Catsicas, a registered dietician with The South African Diabetes Association and author of The Complete Nutritional Solution to Diabetes. In fact, Schonees, Botha-Ryvase and Catsicas all answer a resounding “No!” to the question of whether a carb-restricted diet should also be high in fat (regardless of the consumer’s diabetic status).

High-fat diets advocate fat consumption of up to 80 percent of total kilojoule intake. Catsicas disagrees: “Research supports a moderate fat diet, up to 37 percent of total kilojoules, as beneficial for treatment of diabetes.” She adds that the type of fat is just as important (if not more so) as the quantity of fats in the diet. Plant-based, unsaturated fats are associated with health – saturated fat, not so much.

“Saturated fats such as cream and butter, have the potential to decrease insulin sensitivity of the cells, contribute to gut inflammation and, in some cases, contribute to an increase in LDL cholesterol levels.” (LDL is the bad kind.) Botha-Ryvase also points out that having diabetes already puts the patient at a higher risk of developing cardiovascular disease.

Diet is only one piece of the puzzle, whether you’re diabetic or not. Exercise, getting enough rest and stress management are also important. The LCHF diet still has too many unanswered questions for anyone to be sure of it’s long-term effects on human health, but there is evidence to support the restriction of refined carbohydrates in the diet.

“A low-carbohydrate diet can be beneficial to diabetic or pre-diabetic individuals, depending on the level of carbohydrate restriction,” concludes Catsicas. “More important, though, is the individual’s ability to adhere to the diet plan and incorporate this as part of a healthy lifestyle.”

Clicks Clinics will help you prevent, identify and manage diabetes with their wide range of screening tests and health assessments. These include: 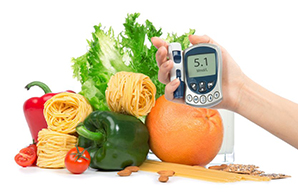 Healthy diet and lifestyle choices form the basis of managing diabetes. We take a look at some habits to use – and lose! 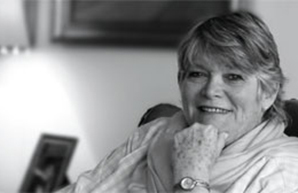 9 ways to eat healthily with diabetes

Being diabetic adds another dimension to the challenge of healthy eating when there is a celebration. Follow these great tips. 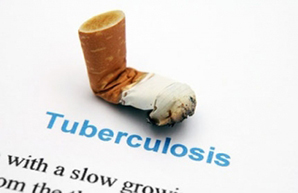 Why diabetics and smokers are more at risk of TB

We’re all in danger of contracting tuberculosis, but having diabetes or smoking increases your risk. Here’s why. 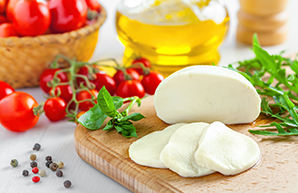 Why you should consider trying the Mediterranean Diet

Is this the healthiest diet in the world? Health experts think so. 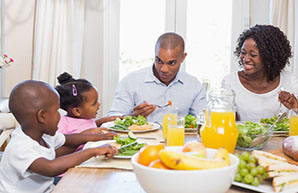 How to stop prediabetes becoming diabetes

Follow these vital lifestyle changes to ensure your prediabetes doesn’t progress to diabetes.