Flu complications can lead to fatalities. Here's why the flu vaccine is your ultimate ally. 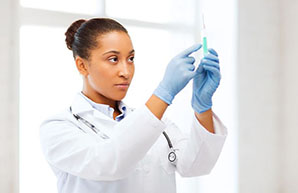 In early 2015, the media reported that nearly 30 American children died from a particularly bad strain of the influenza virus during the Northern Hemisphere’s winter. The efficacy of flu vaccines was then called into question.

The virulent Influenza A

According to the American Centre for Disease Control (CDC), the US’s 2014/2015 flu season was dominated by a strain of the influenza virus called Influenza A (H3N2), a strain that is known to be particularly resistant to flu vaccines, resulting in a worse season than the previous winter.

What made H3N2 so problematic was that the virus “drifted” (mutated) to such a degree that the vaccines developed to protect against it proved to be significantly less effective than usual.

Things were made worse by the fact that this particular strain only became common in September 2014, and because it takes up to four months to develop a vaccine, it was too late to develop an effective vaccine in time for the Northern Hemisphere’s winter.

However, the good news for South Africans in 2015 was that there was still time to modify the vaccine at the last minute to protect against new strains, including Influenza A, just in time to deliver the vaccine ahead of the Southern Hemisphere’s winter, albeit a little later than usual.

"Flu kills between 6000 and 11000 South Africans a year," reports Dr Sibongile Walaza, medical epidemiologist at the National Institute for Communicable Diseases. Along with HIV-infected people and the elderly, children are especially vulnerable.

Local medical experts advise that everyone gets a flu shot this year (and every year from now on!) as this is the most effective weapon you have when it comes to preventing catching the flu.

According to Dr Juli Switala from the Paediatric Infectious Diseases Department of the Red Cross War Memorial Children’s Hospital in Cape Town, getting vaccinated is a way of giving your immune system a headstart. “The flu vaccine is a way of priming your immune system to fight off the influenza virus by introducing inactivated or dead influenza viruses to the body with the aim of stimulating antibody production, which will fight off the virus if it is introduced to the body later, preventing an infected individual from actually getting ill,” she explains.

She says that unfortunately the number of these antibodies wane over time, and the ones left in your system might not be able to fight off new strains, making it a good idea to boost your immune system every year.

Getting vaccinated is a responsibility to your community

Dr Switala also points out that getting vaccinated is about more than just protecting the individual – it’s a responsibility to your community. “The more people in a community that are immunised, the less virus there will be around, thereby offering 'herd immunity' to the more vulnerable,” she says. 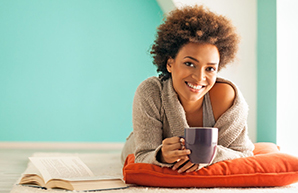 10 proven ways to prevent colds and the flu

As the days get cooler and shorter, you're more at risk of getting sick. Here's how to keep the winter germs at bay. 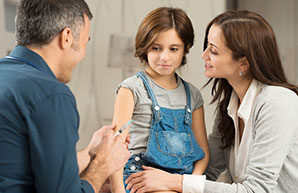 These commonly cited reasons for not getting a flu shot arenÃ¢ÂÂt true.