Alzheimer’s disease is a neurological disease that destroys memory and cognitive skills.

Alzheimer’s disease is the most common cause of dementia in people age 65 and older. Although young people can develop it, it happens rarely. During its course, the chemistry and structure of the brain changes, leading to the death of brain cells.

As with most of the other dementias such as Parkinson’s disease and vascular dementia, the causes of Alzheimer’s are not fully known. The disease is linked to a combination of factors, including age, gender, genetic inheritance, lifestyle and health.

According to Alzheimer’s South Africa, some 750 000 South Africans live with the disease.

Alzheimer’s is progressive, which means that over time, more parts of the brain are damaged. Alzheimer’s disease stages mean that symptoms are usually mild to start with, but get worse over time and start to interfere with daily life.

Symptoms will vary in severity and presentation from case to case, but may include the following:

See your doctor if you are worried about your memory or think you may have dementia as an early Alzheimer’s disease diagnosis gives you the best chance to prepare for the future and receive treatment that may help. Note though that a sufferer rarely suspects they have this disease – it is far more common for a family member to notice symptoms and seek advice.

Your doctor will carry out some simple checks to try to find out what the cause of your memory loss may be. They can refer you to a specialist for further tests if necessary.

A multidisciplinary assessment with input from a psychologist, a psychiatrist and a neurologist may be necessary. To rule out other possible causes of your symptoms and look for possible signs of damage caused by Alzheimer’s disease, your specialist may recommend a brain scan.

While an Alzheimer’s disease cure does not currently exist, it can be managed. Drug and non-drug treatments can help with cognitive and behavioural symptoms.

For example, although current medications cannot cure Alzheimer’s or stop it from progressing, an Alzheimer’s disease drug treatment may help lessen symptoms, such as memory loss and confusion, for a limited time.

Non-drug treatments include creating a safe and supportive environment, and identifying triggers that change behaviour.

Exercise and nutrition also play a role. Exercise helps with joint, muscle and heart health, and aids sleep, while a diet rich in fruit, vegetables and fatty fish will boost overall physical health.

As so little is understood about the causes of Alzheimer’s disease, there’s no guaranteed way to prevent it.

While it tends to run in families, you won’t necessarily develop it. If you are concerned that you might develop it, your best strategy is to maintain a healthy lifestyle.

Shop online at Clicks.co.za for vitamins that boost brain function

Omega-3 and folic acid reportedly help with boosting brain function, which is why Clicks' pharmacists have selected the best supplements for you. If you'd like to stock up on your monthly intake through the convenience of online shopping, go here for omega-3 supplements and here for folic acid. 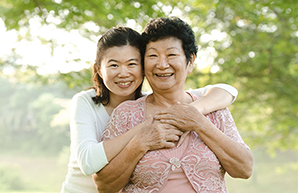 5 tips for communicating with a person with dementia

Caring for someone who has dementia brings along many challenges.

What are the 7 stages of Alzheimer’s?

By understanding the progression of the disease, you will be better prepared when it affects your loved one’s life. 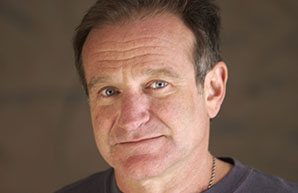