Bromhexine is an over-the-counter respiratory drug.

Bromhexine, or bromhexine hydrochloride, thins phlegm or mucous in the respiratory tract. It is used in respiratory disorders characterised by excessive mucous, such as asthma, cystic fibrosis and chronic obstructive airway disease (COAD).

Its other benefit is its antioxidant properties.

Bromhexine can be administered by itself, or is included in a cough syrup and tablet form.

Discuss the dosage from a respirator with your Clicks pharmacist.

Bromhexine should be avoided if you suffer from the following conditions:

Bromhexine should be used with caution if you suffer from the following conditions:

Bromhexine has no known drug interactions.

What are bromhexine’s side effects?

Call a doctor or an ambulance immediately if you suspect an overdose, which may include the following symptoms: 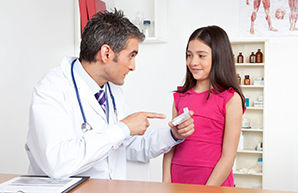 Everything you need to know about asthma

It is a life-threatening illness – here's all you need to take control of your asthma.