Cystic fybrosis is caused by a mutation in a gene called the cystic fibrosis transmembrane conductance regulator (CFTR), which helps create sweat, digestive juices and mucous. Although most people without CF have two working copies of the CFTR gene, only one gene is needed to prevent cystic fibrosis. CF develops when neither gene works normally.

In the lungs, the thick mucous accumulates and traps organisms leading to recurrent infections and breathing difficulties. There are many ways the lungs can be affected – all leading to chronic, debilitating lung disease and eventual respiratory failure and death.

In the pancreas, mucous blocks the tiny ducts of the pancreas, resulting in malabsorption of fats, which can lead to diabetes. With this blockage, food including vitamins is not properly digested and malnutrition results.

Repeated infections and blockages can also cause irreversible lung damage and even death.
The sweat glands are also affected and the body may lose an excessive amount of salt during exercise or hot weather.

According to the South African Cystic Fibrosis Association, prevalence of CF is very high among Caucasians. In South Africa, 1 in 27 individuals in the white population, 1 in 50 in the coloured population and at least 1 in 90 in the black population carriers a CF mutation. The total is increasing as more children are correctly diagnosed, treated earlier and living much longer.

Sufferers have an average lifespan of 30 years.

Cystic fibrosis symptoms vary depending on the severity of the disease. In some children, symptoms begin during infancy. Other people may not experience symptoms until adolescence or adulthood.

Early symptoms of CF are often very similar to other childhood problems, which means it may go undiagnosed or even misdiagnosed.

CF is usually diagnosed through screening, but some babies and older children (and even adults) are diagnosed after an unexplained illness.

There are three main types of screening for cystic fibrosis:

After diagnosis, a treatment plan is developed based on a person’s specific health problems. Following this plan will help a person live a longer, healthier life.

In severe cases of CF, when the lungs stop working properly and all medical treatments have failed to help, a lung transplant may be recommended.

As CF is a genetic disorder, it is not preventable. If you or your partner has close relatives with cystic fibrosis, genetic testing before having children may be an option.

If you're already pregnant and the genetic test shows your baby may be at risk of cystic fibrosis, your doctor can conduct additional tests on your developing child.

There are psychological implications around genetic testing. A counsellor will be able to offer advice and support. 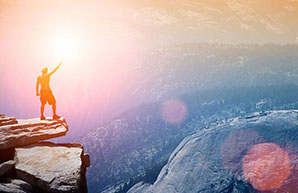 Living life to the full with cystic fibrosis

Chris Kvam is an attorney living in New York. He’s also a husband, an athlete, and he has cystic fibrosis (CF). Here’s his story.