Glucosamine is a natural chemical compound found in the body and plays a vital role in building cartilage.

It is an important component of joint health, but natural glucosamine levels decrease as people age, which may lead to joint deterioration. There is some evidence to suggest that glucosamine sulphate supplementation helps to counteract this effect.

Glucosamine supplements may have the following benefits:

As bone density gradually decreases with age, joint stiffness may set in, usually after the age of 50. This may indicate a glucosamine deficiency. An X-ray is usually the best way to confirm this.

The suggested RDA for glucosamine sulphate is 500mg three times a day for osteoarthritis, usually taken with a meal, but it’s best to discuss dosages with your doctor or Clicks pharmacist.

It is interesting to note that supplements are often manufactured using the outer layer of certain shellfish. Therefore, glucosamine should not be taken if you have a shellfish allergy.

Also, because its safety during pregnancy and breastfeeding has not been established, it should be avoided.

Individuals with diabetes, kidney disease, heart disease, bleeding disorders or high blood pressure, as well as those on heart medicines, insulin and blood thinners should speak to their doctor or Clicks pharmacist before commencing glucosamine supplementation. 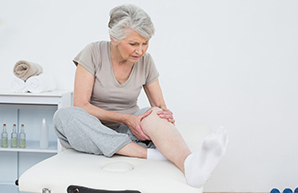 Your support structure needs extra care as you age.