L-carnitine is an amino acid (a building block for proteins) that is important for energy production in your body, as well as heart and brain function, muscle movement, amongst other processes.

L-carnitine also acts as an antioxidant and thus fights harmful free radicals, which damage your cells and DNA.

L-carnitine supplements are used in the following ways:

Your body usually produces enough L-carnitine for its needs. However, specific genetic diseases, chronic renal failure and medication (certain antibiotics, for example) can lead to a L-carnitine deficiency.

You should talk to your Clicks pharmacist before considering supplementation, as supplements can interfere with the natural form of this amino acid.

However, if you are being treated for a specific health condition, the average daily dosage is between 1 to 3g.

Rather avoid its use in the following circumstances: 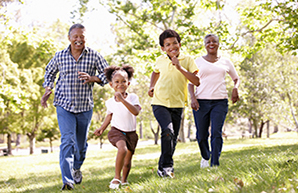 As we get older, wrinkles and grey hairs may be inevitable but heart disease doesn’t have to be.