One of eight B vitamins, vitamin B1 helps your body extract energy from glucose and convert carbohydrates into fat. It was named B1 because it was the first one to be discovered.

This vitamin – also known as thiamine – supports your nervous system too. Collectively, the B vitamins (often called the Vitamin B-Complex) are known as “anti-stress” vitamins, thanks to their ability to boost the immune system and aid the body’s ability to withstand stress.

Vitamin B1 may also be effective for the following:

The symptoms of a vitamin B1 deficiency include:

You need more vitamin B1 when you’re stressed or during pregnancy. It’s also wise to boost your levels if you have a fever, diarrhoea or a surgical procedure.

People with Crohn’s disease, anorexia and undergoing kidney dialysis are the most likely to suffer from a deficiency.

Vitamin B1 injections are administered by doctors for the following conditions:

Vitamin B1 can be found in the following food sources:

A typical dosage is 1.2mg but some nutritionists say the optimal dose is between 8 to 10mg. Children will need less.

Before taking supplementation, discuss optimal dosages with your Clicks pharmacist or your doctor.

Taking vitamin B1 is generally safe. However, excessive intake of it may cause the following side effects: 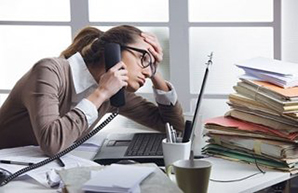 Struggling with persistent, unexplainable physical symptoms? You could be stressed.