Learn more about the newest treatment for preventing HIV infection. 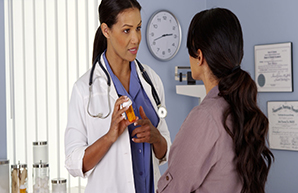 The fight against HIV/AIDS continues with antiretroviral (ARVs) drugs proving to be an effective treatment, extending the lives of those living with the disease. However, HIV/Aids is still taking a huge toll globally and in South Africa.

Thankfully scientists are not only making progress in treatment, but also in HIV prevention. Recent studies have shown that a new treatment called pre-exposure prophylaxis, or PrEP, is able to significantly reduce the risk of HIV infection, especially among high-risk groups, including men who have sex with men (MSM) and heterosexual men and women.

Pre-exposure prophylaxis (PrEP) is a treatment that consists of taking a combination of the antiretroviral medications, tenofovir and emtricitabine (known commonly as Truvada), on a daily basis to prevent or significantly lower the risk of HIV infection.

Who should use PrEP?

PrEP should only be considered as a preventative option by those who are HIV-negative and at risk of exposure to the virus. “This includes key population people such as sex workers, men who have sex with men, but it also includes heterosexual men and women who are in discordant relationships (that is, where one partner is HIV-positive and the other negative),” says Dr Kevin Rebe, special medical consultant to Anova Health Institute’s Health4Men initiative.

Who should not use PrEP?

Considering the preventative purpose of PrEP, people who are already HIV-positive or those who might be in the window period for infection should not use PrEP.

Pregnant and breastfeeding women have been excluded from PrEP trials thus far, so there is no verifiable data for its use in this group. This includes injection drug users too.

Important things to know about PrEP

Arguably the most important thing to remember about PrEP is that while it is effective and safe and can significantly lower the risk of HIV infection, it doesn’t protect against other sexually transmitted infections (STIs). To get the best level of protection, PrEP should always be used together with other preventative measures such as condoms. Regular HIV testing is also key.

PrEP is only effective if the medication gets taken every day and, as with many drugs, it takes time to become effective – that is, between seven and 20 days, says Dr Rebe.

There have been a number of studies around the efficacy of PrEP, with nearly 40 medical journals publishing findings on 18 PrEP clinical trials, says Dr Rebe. “The key studies in this ongoing research are iPrEX, iPrEX OLE, PROUD and IPERGAY for men who have sex with men, and TDF2 and Partners PrEP for women,” he says.

However, the results of some of these studies aren’t ideal, especially those aimed at women, he adds. “The problem is that studies on PrEP in women have been confusing. While TDF2 and Partners PrEP showed good effectiveness of PrEP, two other studies, FEM PrEP and VOICE, did not show effectiveness of PrEP.  This was because the women in the studies didn’t take their pills, and PrEP only works if it’s taken regularly.” 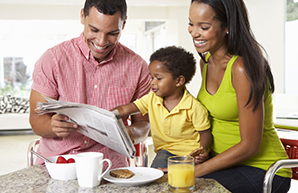 5 crucial guidelines for parenting a child with HIV

With love and appropriate care your little one can still live life to the full. 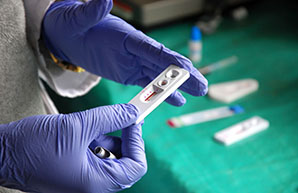