#HIVictor: ‘Why I shared my HIV status on Twitter’ 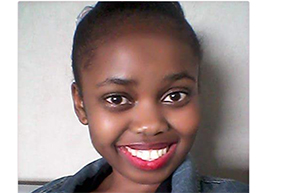 At the tender age of 14, Saidy Brown was shocked to learn that she was HIV positive after undergoing an HIV test at a school event. “I went there innocently not expecting anything – I thought I’d go home and say I did the test. But that’s how I found out,” says Saidy, who lives in Itsoseng, North West Province.

After six months of living with this secret, Saidy decided to talk about it with her aunt, who then revealed that Saidy’s parents had both passed away from HIV/AIDS.

After living in denial of her status for several years, Saidy started to show signs of illness around age 18. “For the first few years I thought that because I’d lived for 14 years without it affecting me, I could go on the same way. But then my health started deteriorating, and reality slapped me in the face. I desperately needed to start taking antiretrovirals (ARVs). I was very scared of dying. I thought, ‘I’m only 18, I have a life to live. I have a choice to continue being an ignorant person, or to start educating myself and take the pills – and to live!’ Life appeared to me in a different light.”

Why Saidy decided to disclose her HIV status on social media

Along with her decision to confront the disease, Saidy decided to be open about her status with her Facebook friends. “I have always disclosed my status – I started when I was 18.”

Now 21, Saidy has expanded the conversation from Facebook to Twitter, where she calls herself an "#HIVictor" in her profile. “Talking about HIV de-stigmatises it,” she says. “I want people to know that if I can do it, they can do it. I’m being the motivation I needed but didn’t get when I was 14. I’m trying to be a like a friend to those people living with HIV, and also show HIV-negative people that we are humans and we can live with this virus.”

Her courage and positive attitude has drawn her much admiration and support throughout South Africa. She’s even garnered praise internationally, as her bravery has been written about by many major media sites including BBC in the UK and Buzzfeed in the US.

Since disclosing her status, Saidy has battled with how quick people are to assume that she contracted the disease from being sexually promiscuous. “Most people associate HIV with sexual promiscuity. People would say to me ‘that’s what you get for having sex at 14’. People judge you before they even get to know your story,” she says.

She thought very carefully before ‘coming out’ on Twitter, she admits. “I’ve seen how horrible [people on Twitter] can sometimes be to other people, so I had to ask myself if I was really ready before doing it." Thankfully, the response was overwhelmingly positive, she says. “They’ve been very good to me, and shown me nothing but love.”

And what little negative feedback she does receive, Saidy says she doesn’t let it get to her. “I don’t focus on them. I am a happy soul, and I just focus on people who make me happy."

Since going public on Twitter, Saidy has had a lot of people come up to her and tell their stories, or ask questions. “I feel like at least now they have someone to talk to. I try my best to help as much as I can, but I don’t have all the answers. I know what they’re going through, and what I went through when I was 18. My life changed because I can at least now converse about HIV with people who need it the most.”

“People who are living with the virus need to know that a positive diagnosis is not the end of the world. HIV is not as powerful as we make it out to be. We need to rid it of its power. All you need to do is take your pills and then you’re going to be good. We need to cut out this notion that you get diagnosed, you get sick, and then you die. There is life after diagnosis!” 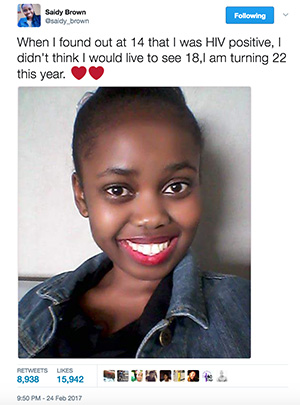 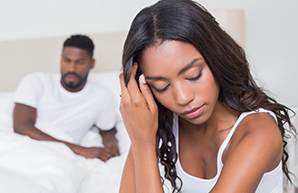 How to tell your partner that you’re HIV positive

It’s a daunting discussion to have but it needs to be done. Here’s how. 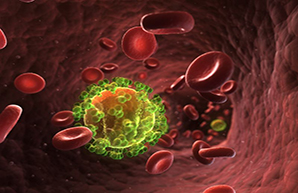 What to expect when taking ARVs

Starting antiretroviral treatment can be daunting for those with HIV. Here’s what to expect in terms of side effects.