Clicks Clubcard magazine readers tell us how they kicked this life-threatening habit. 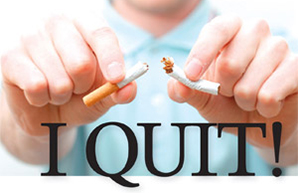 Taryn Rhoda, art director: "I smoked for 11 years and decided to quit because I was using cigarettes as a procrastination tool, taking smoke breaks every hour which meant having to work a lot longer each day to get my job done. I was also using it as a reward system. My health suffered and I battled with recurrent bronchitis and asthma.

"It was really tough to quit -- I tried mouth spray and going cold turkey, but when my attempts failed I went to Smokenders. I went through the entire programme successfully but in the last week lit up again after a trauma in my life. I finally went to my doctor who put me on Zyban. This time I was ready for it mentally and it worked. I haven't touched a cigarette and my health and productivity have improved."

Ata Kgosana, sales consultant: "I smoked consistently for about 15 years, but after the birth of my child I felt I had a responsibility as a father to do the right thing and give myself a shot at living a long, healthy life as a non-smoker. I tried going cold turkey but I was running my own business and when the stress mounted I started smoking again.

"So I went to Smokenders. I figured that putting money behind quitting would give me an investment I wouldn't want to lose which would be an extra incentive. I stopped smoking on the programme and the coping tools have stood me in good stead. There have been times when I've been tempted to light up again, usually when stressed, but the tools have proved to be invaluable. Of course, the programme only meets you halfway so it's up to you to take control and do the rest."

Lynton Combrink, contract manager: "As a child, I wouldn't even touch my mom's ashtrays because I found them so disgusting. But as soon as I got to varsity and there was alcohol and a lot of partying, I started to smoke. I lead an active lifestyle and do a lot of swimming and running but a few years ago I noticed my lung capacity was decreasing and every time I got flu, it lasted longer than it should have.

"I tried quitting a few times without success. Eventually I tried nicotine patches. I made sure that I started off with a high dose patch and over a month, I decreased the dose to 10mg. I haven't smoked in over a year now. My sense of smell and taste have returned and I feel a lot healthier and stronger, especially when I'm swimming."

How Clicks can help you quit smoking 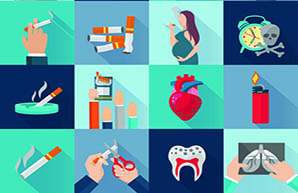 We offer support to help you kick your dangerous puffing habit.