These factors could be causing ADHD-like symptoms and could lead to misdiagnosis. 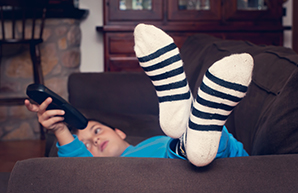 You know your child tends to be rowdy at birthday parties, that they’d much rather run around the house than sit still reading a book, and that paying attention to “boring” tasks like tidying toys is practically impossible. But then a note from the teacher arrives, saying that Ritalin could help…

Dr Brendan Belsham, a child psychiatrist from Johannesburg, says ADHD diagnoses have increased in recent years. “Causes for this increase might include better recognition of the condition, (but also) misdiagnosis of other conditions which might present with inattentiveness.”

According to the Attention Deficit and Hyperactivity Support Group of Southern Africa (ADHASA), some other medical conditions can cause symptoms similar to ADHD. These include depression, anxiety disorders, Tourette's disorder, intellectual disabilities, sleeping problems, hearing difficulties, and conditions with bothersome symptoms, such as asthma.

If none of these seem like an issue, here are a few other causes of hyperactivity worth investigating:

Too much screen time

Several studies show a link between excessive exposure to electronic screens and attention problems, says Dr Belsham. Ban screens in the mornings, at the dinner table and in bedrooms, and use screen time as an incentive to get your child to complete their homework and chores.

Some children are simply easily excitable. According to research published in the Canadian Medical Association Journal, children who are young for their grade levels may receive an inaccurate diagnosis because teachers mistake their normal immaturity for ADHD.

Studies suggest a link between ADHD and obesity, but even low blood sugar can mimic the symptoms of ADHD. Make sure your child is eating frequent, small and healthy meals. Artificial colourants, flavourants and preservatives should be avoided, and supplementing with essential fatty acids and a multivitamin may help, says ADHASA. Some children struggle sit still because they don’t get enough exercise to tire them out in healthy ways.

Some kids are simply spoiled and undisciplined. If your child runs the household, it might be time to set stricter rules and follow through on consequences. 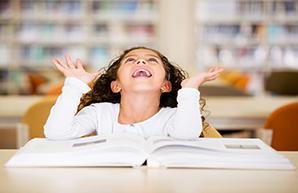 9 steps for supporting a child with ADHD

Has your child been diagnosed with ADHD? Here’s how you can help.