The difference between STDs and STIs, and how to treat them

These terms are often taken to mean the same thing – they’re not. 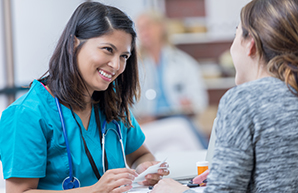 An STI is a sexually transmitted infection you get through sexual contact with someone who harbours the bacteria, viruses or parasites that spread it. If you don’t have it treated, it will in time develop into an STD – a full-blown sexually-transmitted disease.

The trick is to get treatment before an STI develops into a STD. Otherwise full-blown chlamydia, for example, can cause infertility; HPV (human papilloma virus) can cause cancer of the cervix and throat; and syphilis can lead to paralysis, mental and heart problems, blindness and death.

Prevention is your best protection, and using a condom is key, even for oral sex, sex toys such as vibrators and finger play, says sexologist Prof Elna McIntosh, director of the Disa Sexual and Reproductive Health Care Clinic in Johannesburg. Performing oral sex on men is the most common cause of throat gonorrhea, and performing oral sex on women is the most frequent method of transmission of herpes – and both put you at increased risk of HIV.

“The female condom offers a wide protection over the vulva and pubic area and is under-used,” says Dr Tlaleng Mofokeng, vice-chairperson of the Sexual Health & Reproductive Justice Coalition. But condoms are not always enough, both say. With some STIs (HPV, herpes, syphilis) infection can take place even without penetration or exchange of bodily fluids, simply through skin-to-skin contact. This makes it vital to have regular sexual health checks if you are sexually active – every six months, or whenever you meet a new partner, whichever is sooner.

“Screening will depend on the types of sex you’re having, and it’s important to remember that some STIs remain latent,” says Mofokeng. “It’s best to consult your doctor to assess your risk and advise on the most beneficial tests and time frames as STIs’ incubation periods differ.”

But t’s also important to know the symptoms, so you can pick up on infections early and get treatment – for yourself, and if at all possible, for your partner. Type of treatment will depend of whether the infection is bacterial, viral or parasitic.

Because these are caused by bacteria they can be treated by antibiotics, and the sooner the better. Treatment failures are usually due to re-infection – if you and your partner are not treated at the same time, you can pass the infection back and forth, and unlike some childhood infections where you built up immunity, with bacterial STIs you can easily be reinfected and require full treatment each time.

“It’s of utmost importance to get all sexual partners treated at the same time,” says Mofokeng. “Resistance to antibiotics and the shortages of some medications such as penicillin mean that the second line treatments are now being used for treatment.”

There’s now a vaccine to prevent HPV, and its being administered to girls aged 9 to 12 at school, and is available at pharmacies. HIV is treated with increasingly effective ARVs, although these still have side effects.

These are caused by microscopic parasites and are highly infectious. Treatment depends on the type.
Trichomoniasis (“trich”) can be eliminated with specific antibiotics. Lice and scabies respond to over-the-counter creams and in resistant cases, pills.

Bedding, towels and clothes must be machine-washed in hot water or sealed in plastic bags for two weeks. “Maintaining good hygiene is important, and getting treatment early,” says Mofokeng.

Did you know Clicks offers Syphilis screening and HIV testing and counselling at our clinics? To make an appointment call 0860 254 257 or book online at Clicks Clinics online. 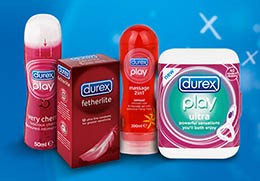