Autism belongs to a range of developmental conditions known as autism spectrum disorders (ASD). The disease is characterised by disordered information processing in the brain and may involve delays in learning basic skills and problems with communication.

According to the Association for Autism (AFA), research indicates that autism develops when defects in genes involved with brain growth and communication between neurons disrupt the normal brain development in early foetal stages. Individuals with autism share genetic traits with people who have attention deficit hyperactivity disorder (ADHD), bipolar disorder, schizophrenia or clinical depression.

Exact causes of autism are unknown but studies point to it having a genetic basis. In rare cases, autism has been linked to maternal exposure to German measles (rubella) or environmental toxins during pregnancy.

Autism symptoms are usually noticed from about the age of six months old and well established by two or three. These include:

There is no autism test. According to the AFA, an autism diagnosis relies on clinical observation of the person, looking particularly at their behaviour and communication, as well as taking a detailed developmental history into consideration.

A doctor may perform blood tests or imaging tests to rule out other causative factors. A specialist in childhood development may need to be consulted before a diagnosis is reached and they will assess to what extent the autistic traits may be affecting an individual’s ability to make sense of their world, thus determining the extent of any developmental disorder.

No cure exists for autism as yet. Autism treatment focuses on reducing distress and associated deficits and improving quality of life. A structured environment and adherence to routines has been shown to be beneficial to children with autism.

Some practitioners advocate autism interventions to aid in development in areas where the condition inhibits them. Such interventions may include certain therapies like speech therapy or physical therapy, special education, and treatment with medication to manage symptoms such as sleep disturbance or hyperactivity. Medication may also be used to help children integrate – in school, for example – if behavioural modification therapies are insufficient.

Until more is learned about the exact causes of autism, most cases are not preventable. Expectant mothers are advised to avoid environmental toxins, illicit drugs and alcohol during pregnancy, as well as to ensure sufficient intake of folic acid before conception and during pregnancy, as this vitamin plays an important role in foetal brain development.

It is also important for women to be vaccinated against German measles (rubella), as developing this disease while pregnant increases foetal risk of developing autism.

For more info
The Association For Autism

What to do now
Baby immunisations are available at Clicks clinics, including the MMR (measles-mumps-rubella) vaccine. Stay on track with your little one's immunisations with the Clicks childhood vaccination schedule.

How to support a loved one with autism

If autism is affecting the life of a loved one, how can you show support? 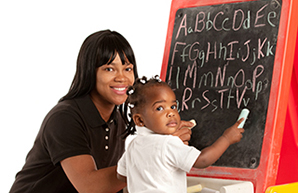 Is my child ready for play school?

We help you figure out if your little one is ready to take on preschool.