Brewer's yeast is a nutritional supplement used to boost immune function, as it’s rich in B vitamins, essential amino acids and minerals.

Brewer's yeast, which is naturally found in the saccharomyces cerevisiae fungus, comes in powder form and is added to certain foods.

Brewer's yeast’s most significant health benefit is as a source of B vitamins and protein. It helps stimulate intestinal enzymes and helps fight bacteria.

Daily brewer's yeast supplementation is believed to assist in the management of the following conditions:

Very few food products contain brewer's yeast. These include Marmite and Vegemite, which are usually spread on toast and crackers.

It is more common to find brewer's yeast in its powdered form but it is also available in tablet form. You can sprinkle brewer’s yeast powder over cereal, or add it to a sauce or soup.

When you first start taking brewer's yeast, it’s recommended you start your dosage with a quarter teaspoon and double that amount every other day until your daily supplement is between one to three tablespoons.

However, if you are considering taking brewer’s yeast, first talk to your Clicks pharmacist about whether you should be taking it and the correct dosage if so.

Brewer's yeast seems safe for most people when used short-term. In some rare cases, however, its side effects can include headache, stomach discomfort, and gas.

People who are allergic or sensitive to brewer’s yeast might also experience itching and swelling.

Brewer's yeast can change the way your body responds to blood sugar. This can be dangerous if you are on insulin or other similar medicines used to treat diabetes. 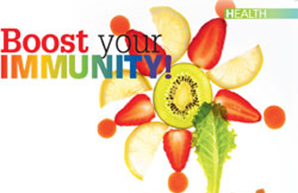 5 ways to boost your immune system

Just in time for winter, here are five ways to boost your immune system.