Ginkgo biloba is a herb extract that has been used for centuries in Chinese medicine, and has become popular as a supplement in the West due to its antioxidant properties.

Ginkgo biloba has shown to improve blood flow to the brain and has been used for certain memory-related disorders, especially in older people.

According to literature, a ginkgo biloba supplement may have the following benefits:

Ginkgo biloba is not produced naturally by the body, however, it can be beneficial to anyone who suspects they may have poor blood circulation, and who wishes to benefit from its antioxidant properties.

Note: It is advised that you check on the label that it contains standardised ginkgo biloba leaf extract.

The RDA will vary according to the particular condition it is being used for, and taking it should always be discussed with your Clicks pharmacist.

A standard daily dose is anything from 40 to 120mg of ginkgo extract (known as GBE), but may be higher when prescribed for Alzheimer’s patients.

Ginkgo biloba supplementation should be avoided in the following cases:

Extreme caution should be taken concerning ginkgo biloba fruit pulp and seeds, as these may cause severe skin allergies and symptoms of poisoning respectively. (Fresh ginkgo seeds are extremely dangerous.)

Please note that ginkgo seeds should never be given to infants or children, and the extract should be used with extreme caution and only ever in the short term.

Ginkgo may also interfere with fertility and diabetes management. It may also reduce the efficacy of other drugs, so it’s important to discuss any medication you’re on with your doctor and Clicks pharmacist first. 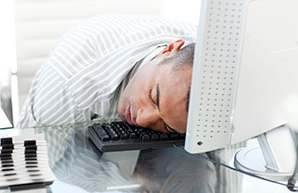 Are you tired of being tired?

Need an extra dose of energy? Try these tips to banish afternoon slumps and year-end fatigue.