Manganese is an essential nutrient that regulates your blood sugar levels and boosts your immune system.

Manganese triggers enzymes in your body, including one that breaks down free radicals linked to heart disease. It helps with the processing of cholesterol, carbohydrates and proteins, and aids normal growth.

Its other benefits may include:

A manganese deficiency is rare. However, it’s believed that too little could lead to fertility problems for men and women, and to skeletal abnormalities in children.

Manganese can be found in the following food sources:

There’s no official recommendation due to a manganese deficiency being rare, but experts suggest between 3 to 5mg for adults but less for children. Be sure to check with your Clicks pharmacist first about using it as a supplement.

Miners exposed to too much manganese suffer from harmful side effects such as impaired motor skills and cognitive disorders.

However, when it comes to the light doses of manganese supplements, no side effects or toxic effects have been reported. 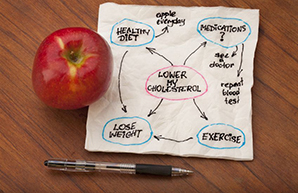 What is "good" cholesterol?

We often hear medical experts talk about good and bad cholesterol, but what does that mean and how do you keep your health on the right side of it?