Could coffee be good for you?

Recent research shows that your daily cup of java (or two) might be a health-boosting habit. 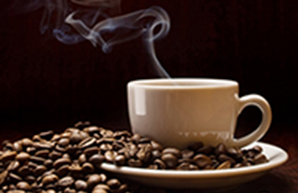 Coffee is one of life’s little pleasures, but for many people it has been a somewhat guilty one, associated with apparently unhealthy levels of caffeine.

Recent research, however, has turned that notion on its head, suggesting that coffee’s beneficial health effects may outweigh the potential negatives of caffeine by a long way. A Harvard study* found that drinking even as many as six cups of coffee a day didn't correlate to an increased risk of death.

Not only that, but the results suggested that a few daily cuppas may even protect against certain life-threatening diseases. The reason? Coffee is packed full of disease-fighting antioxidants that protect against a variety of illnesses, including cancer, liver cirrhosis and heart disease.

Before you put the kettle on…

Remember, we’re talking about pure coffee here with one shot of milk at most, and no more than one teaspoon of sugar (better to ditch the sugar altogether, if you can). “Coffee is a great source of antioxidants, but as soon as you load it with additives like Cremora or lots of sugar, that detracts from its health benefits,” explains registered dietician Kelly Schreuder.

How much should you drink?

Note that drinking between two and four cups is a general guideline only and does not take into account individual history and health risks. Speak to your doctor about exactly how much coffee is appropriate for you.

Instant or fresh, decaf or regular?

You might expect that instant coffee is inferior to fresh coffee, but research indicates both varieties pack a powerful punch of antioxidants and are helpful in warding off disease. Likewise, decaffeinated coffee provides similar health benefits to a regular brew, so if you’re sensitive to caffeine, you might want to make the switch to decaf to avoid suffering from coffee-related shakes, anxiety or sleeplessness.

What kind is best? It’s best to brew coffee with a paper filter or espresso machine, in order to eliminate fatty acids that can cause an increase in LDL cholesterol – the bad kind, explains Schreuder.

Coffee aficionado Eckhart Scholz agrees with Schreuder, but for different reasons: “Coffee filtered through paper or a machine is much more delicious that coffee brewed in a plunger – it’s much less intense, with a far more mellow flavour.”

He also recommends buying coffee frequently in small quantities, rather than in bulk occasionally. “Ground coffee loses its flavour fairly quickly once opened, and even beans lose their taste if exposed to air for too long,” he explains, “so if you want to recreate a coffee shop experience at home, make sure you’re working with fresh ingredients.”

4 top reasons to have a cup of coffee

Make use of the convenience of online shopping if you're looking for a new, affordable coffee maker or coffee grinder.