L-glutamine, the most common amino acid (a building block for proteins) in your body, helps your immune system function.

Glutamine is believed to also help with normal brain function, digestion and the health of your muscle cells.

Reportedly, glutamine supplementation may have the following benefits:

Your body usually produces enough L-glutamine for its needs so a deficiency is rare. However, extreme stress from an injury, burn, surgery, infection, prolonged stress or intense exercise could create a deficiency.

There is no RDA, as your body makes its own supply. However, if you need supplementation, a typical daily dosage for adults is 500mg one to three times a day. For certain medical conditions, doses as high as 5 to 15g per day may be prescribed by a doctor.

Rather avoid supplementation in if you suffer from seizures, kidney disease, liver disease or Reye syndrome (a rare, sometimes fatal childhood disease). If you have cancer, first consult your doctor regarding supplementation as some studies suggest that glutamine may stimulate the growth of tumours.

Not enough is known about safe dosages for children and for women during pregnancy or breastfeeding. 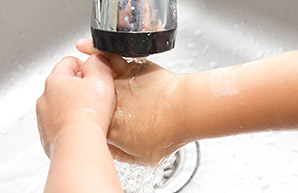