Taurine is important for the development and functioning of the body’s central nervous system, skeletal muscle, and the retina (eye), as well as in heart function.

What are the health benefits of taurine?

While sometimes referred to as an amino acid, taurine is actually an amino sulfonic acid.

Often taken as a supplement in the form of tablets or powder, taurine reportedly may have the following benefits:

When treating congestive heart failure, a daily dosage of between 2 and 6g, divided between two or three doses, is recommended.

However, first consult your Clicks pharmacist or doctor regarding recommended dosages for specific conditions before taking taurine.

Very little is known about the effect of taking taurine during pregnancy or while breastfeeding, so it’s best women do not use it during these periods.

Reportedly, those with bipolar disorder should exercise caution when considering using taurine, especially should they be taking lithium, as taurine might decrease the body’s ability to get rid of lithium, resulting in potentially serious side effects. 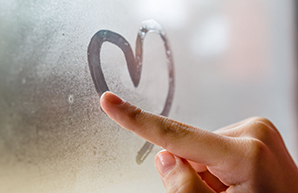 Boost your heart health this winter

Winter places added strain on your heart. Here's how you can keep yours healthy and happy.