Is vitamin D a ‘wonder drug’?

Vitamin D has been touted as a so-called natural ‘wonder drug’, but is this claim true? 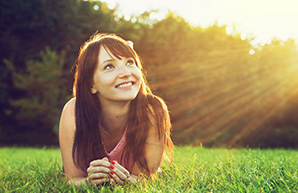 In the past decade claims have been made that vitamin D not only builds strong bones, it may also protect against cancer, heart disease, diabetes, multiple sclerosis, dementia and depression, and even promote weight loss.

But how well substantiated are these claims? What exactly is this vitamin and how much do we really need?

The benefits of vitamin D

Vitamin D is known as the ‘sunshine vitamin’ because unlike other vitamins, our bodies make it by using ultraviolet B light from the sun. “It takes around 10 minutes of exposure to UV light on a sunny day several times a week to supply the vitamin-D needs of someone with fair skin, and five times that if you’re dark skinned,” says registered dietitian Lila Bruk, a spokesperson for the Association for Dietetics in South Africa.

Traditionally, we've been thought to get more than enough of this vitamin in sunny South Africa, but with many of us now spending long hours indoors because of work or, for example, engaged on social media and in video games, and using sun block (vital to protect against skin cancer of course), deficiency may occasionally occur among vulnerable individuals.

Vitamin D is also available from certain foods, and if you’re deficient, you may benefit by eating more oily fish (such as salmon and sardines), eggs, meat (especially beef liver), chicken, milk, and fortified cereals, yoghurt and margarine, beans and broccoli, or by taking a supplement.

Which medical conditions can it help?

Vitamin D has been proven to be vital for forming and maintaining strong bones. A deficiency can cause rickets in childhood, and brittle bones and fractures in later life. But what of the other claims for this ‘wonder’ vitamin against common ills?

CANCER? A few small studies published in the American Society of Clinical Oncology’s Journal of Clinical Oncology and elsewhere have suggested that people with decreased vitamin D levels may have a greater risk of developing cancer, especially of the breast, colon and prostate. But the results have not been conclusive and investigators have stopped short of advising taking vitamin D supplements to help protect against cancer.

HEART DISEASE? Low levels of vitamin D have also been linked to an increased risk of heart disease, heart attack and stroke. But again, there is no hard evidence that increasing your intake will prevent this. And some researchers warn that extremely high levels may damage blood vessels and the heart by raising calcium levels in the blood, and put you at risk of cardiovascular disease and kidney stones.

DIABETES? Some studies have suggested a link between low levels of vitamin D and types 1 and 2 diabetes – one reported in 2008 in the Archives of Disease of Childhood suggested the risk of developing the disease was 29% lower in children who took extra vitamin D. Yet again, however, there was insufficient proof to justify supplementing intake as a preventative measure.

MULTIPLE SCLEROSIS? This is more common in countries further from the sunny equator, and a 2009 Oxford study found a link between vitamin D and a gene associated with MS. Later research suggested people with a genetic predisposition to low vitamin D levels are more likely to develop MS, but concluded more studies were needed.

DEPRESSION? Vitamin D is known to play a part in the development and functioning of the brain, and low levels have been detected in people with depression. A study published last year in Schizophrenia Research found a ‘significant association’ between low levels of vitamin D and ‘higher levels of negative symptoms and of depression’ in people with psychosis. But studies have yet to show that supplementation with vitamin D will reduce the risk of symptoms of depression.

What is the bottom line when it comes to vitamin D supplementation?

“It’s advisable for all adults to check their vitamin D levels annually to ensure these are within the normal range and to pick up any underlying deficiencies,” Bruk says. “However, one should not take vitamin D supplements if no deficiency is present.”

In South Africa, vitamin D supplementation may benefit those who don’t go outside much, are older than 50, are a strict vegetarian or vegan, are obese, have a milk allergy or lactose intolerance, have a liver or digestive disease such as coeliac disease or Crohn’s disease, or take medication that can inhibit absorption of vitamin D (laxatives, steroids and anti-seizure drugs).

Make use of the convenience of online shopping to stock up on GNC Vitamin D supplements. 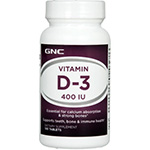