Fexofenadine is an antihistamine medication.

It eases symptoms by blocking certain substances (histamines) in the body that are produced during an allergic reaction.

Fexofenadine should be used with extreme caution in children younger than six months.

However, always discuss correct dosages with your Clicks pharmacist first.

Fexofenadine should be used with caution if you have any of the following conditions:

What are fexofenadine’s side effects?

If you experience any of the following side effects, seek medical help immediately:

Call a doctor or an ambulance immediately if you suspect you or someone you know has taken an overdose of fexofenadine. Overdose symptoms could include: 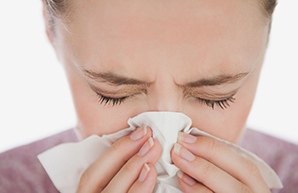 Think you might be allergic? We take a look at allergy myths and misconceptions.